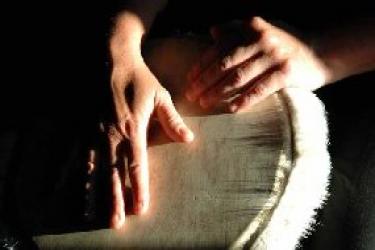 This was the quote that inspired A Woman’s Sphere coming to fruition. In September of 2005 individual women and women’s groups from across Kilkenny county were invited to participate in a unique project by, for and about women living in Kilkenny. With guaranteed confidentiality, over 100 women belonging to 11 diverse groups, including a community of nuns, from across County Kilkenny responded to our initial call. Those who chose to join the project participated in a series of discussions and drama workshops over a period of 7 months. They explored the question ‘What does it mean to be a woman in Kilkenny today?’

Staying true to the reality of the lives of the women participating in the project, A Woman’s Sphere attempted to capture the essence of how these groups of women define their daily experience of being a woman living in Kilkenny.

Workshops were held in September 2005 and February 2006 with each of eleven pre-existing women’s groups. Facilitated by writer Maeve Ingoldsby and Outreach Officer Rebecca Moran, the workshops used drama, writing and discussion to explore the women’s experiences. This process culminated in a single monologue piece from each group.

These were then coalesced into a single theatre piece comprising 8 monologues, adding theatrical elements of rhythm, percussion, movement, chant and song.

Open auditions to perform in the final piece were held in March & April, and were open to any woman living in Kilkenny – regardless of whether or not she had participated in the  process up to that point.

The final theatre piece was scripted by Maeve Ingoldsby and Rebecca Moran (who also directed) and was presented in June 2006 by 9 local women, most of whom were performing in public for the first time.

A Woman’s Sphere was performed in a sphere configuration; the audience sat in the centre, facing podiums on points outside the audience.