How Do I Join Kilkenny Youth Theatre? 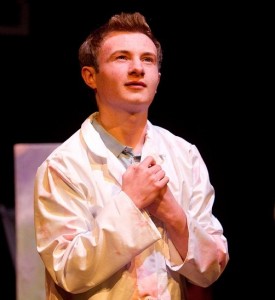 ‘‘ …thank you so much for all your hard work and effort over the past two
years and I can honestly say that those two years have benefited me
tremendously….‘ – Eimear, Kilkenny, 17 yrs (2013)

How do I join Kilkenny Youth Theatre?

Barnstorm Theatre Company has two youth theatre groups: Senior (SYT) for those 14+ yrs. and Junior (JYT) for 11-13 yrs.  They both come under the heading Kilkenny Youth Theatre (KYT) and run from September to May/June.

KYT only takes in new members each September.  The closing date each year for applications is the 31st of August.  Those interested can apply at any time during the year.

Where either group is over-subscribed, open workshops are held during the first full week in September when the ways we work are demonstrated and an informal Question & Answer session about the youth theatre is held.

Though KYT tries to make room for everyone who is interested, this is not always possible due to resources and numbers.  If there needs to be a selection of new members from those interested, it is based on the gender, geographical and age breakdown of the current group and the applicant’s reason for joining, and their participation in the open workshop.

Founded in 1991, KYT’s main aim is to produce theatre by young people for young people.  The youth theatre is child and young person centred and concentrates on drama and theatre skills.  There is no previous experience or a wish to have a career in theatre required.

The workshops are facilitated by Outreach Officer Anna Galligan.  Anna was member of a youth theatre, has trained and worked as a professional actor and created Ireland’s only full time accredited drama facilitation course, ArtsTrain.

SYT runs on Tuesday from 5.30 – 7.30pm.  The annual production takes place in the week following the Easter school holidays.  There is an additional time commitment expected for rehearsals, however consideration is given to other commitments e.g. exams, school etc.

JYT runs on Wednesday from 4.30 – 6pm.  The year finishes in summer with a performance showcase for parents and friends.  There is no or minimal additional time commitment expected.

The annual membership fee for KYT is €225. This includes a registration fee of €75 on acceptance of a place.  There is flexibility within reason to how the balance is paid.  There is a discount of €25 per sibling and there are a limited number of scholarships available.

Alice in Wonderland adapted for stage by Anna Galligan (2015)
Romeo and Juliet by William Shakespeare (2014)
KoHL devised by Droichead Youth Theatre with Sharon Cromwell (2013)
Gormanghast by Mervyn Peake, adapted by John Constable (2012)
Paving Paradise by Richard Conlon (2011)
A Vampire Story by Moira Buffini (2010)
Burying Your Brother in the Pavement by (2009)
The Exam by Andy Hamilton (2008)

If you have any further questions please contact Anna on 056 7751266 or at anna@barnstorm.ie