MEET THE DIRECTOR OF ‘BARNEY CAREY GETS HIS WINGS’ 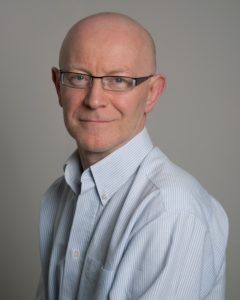 Where are you from, Martin?
MD – I grew up in Clonskeagh in Dublin, at a time when there were still lots of green fields for play and adventure. Now I live in Dún Laoghaire, a wonderful part of greater Dublin with exceptional natural amenities and cultural facilities.

What was the first play you ever saw?
MD – Annual visits to the pantos in the Gaiety and the Olympia were my first experiences of theatre. And I loved the liveness, the energy, the immediacy of the contact. Hooked from the start, I was!

Was your English teacher inspiring?
MD – I was blessed with many great teachers, but a huge influence was a man called John Coolahan (who went on to be a giant in Irish education). He engaged me completely in the life of the imagination, through creative writing, sympathetic directing of our reading, theatre-going, and the staging of drama.

Did you attend the theatre while in primary school?
MD – I recall vividly being taken to the newly-opened Abbey Theatre in 1966 to see a double bill of In the Shadow of the Glen by J.M. Synge and The Shadow of a Gunman by Seán O’Casey. Little did I know back then that a dozen years later I would do a research M.A. on the later plays of O’Casey, and another dozen years after that I would be directing on that very same Abbey stage!

Who is your favourite director?
MD – Peter Brook, the great British director and theatre-maker, and I have had the good fortune to see several of his productions.

Why did you begin to direct?
MD – I started when I was in UCD and I enjoyed acting, but I realised (instinctively rather than rationally) that the director is responsible for ‘the world of the play’ and for navigating the relationship between the play and the audience. I found that 360-degree perspective satisfying and the related responsibility to orchestrate all the different elements of any production to be very rewarding.

What sort of person is going to love Barney Carey Gets His Wings?
MD – Good plays for children like Barney Carey Gets His Wings (I hope the production is as good as the play deserves) are like good stories for children: they will engage any open human heart and mind. So, while this play is especially intended for a specific age group, I hope that children, teachers, parents, and those who love theatre will enjoy the play and the production. I would like them to feel absorbed by it in the moment, and enriched by it in its aftermath.

What will the audience be thinking about after attending this play?
MD – I hope they will be feeling a generosity of spirit, a joy in the diversity of human beings, and a commitment to ‘live and let live’. I hope, too, that they will be thinking that live theatre can be immediate, engaging and FUN!

What’s going to surprise people about Barney Carey Gets His Wings?
MD – I hope people are surprised by themselves and their joy in the journey the characters take in the course of the play.

What is challenging about directing this play?
MD – There are always many challenges in realising a good script. As regards Barney Carey Gets His Wings, managing the transitions from the ‘ordinary’ world of the play to the more transcendent, imaginative sequences and back again to the everyday will be a challenge.
I’m delighted to be working with Barnstorm for the first time in my career. I’ve known the company and its work for a very long time and I am glad and grateful for the fact that they have an ongoing commitment to renewing the repertoire of work for children by commissioning new plays. Their trust in Brendan as writer and in me as dramaturg/director has been total and I hope that Barnstorm and its audiences will reap the benefits of that trust and judgment.

Catch this unique new piece of family theatre before Barnstorm sends two of its productions on tour: The Bockety World of Henry and Bucket is off to Spain in April, and the stunning Star Chasers will tour Ireland this April and May.

School performances of Barney Carey Gets His Wings start today Wednesday 21st to Friday 23rd with the family show on this Saturday 24th. You can buy your tickets from the Watergate Theatre (056 7761674) or online at watergatetheatre.com.