A family play for young and old.

“A sophisticated piece of children’s theatre that will engage young audiences on a variety of levels. ” 4 Stars **** – Irish Times

“Pure magic! The play is whimsical, fun and full of adventure and allows children and adults to rediscover the mystery in everyday things. I highly recommend it!” – Kilkenny Reporter 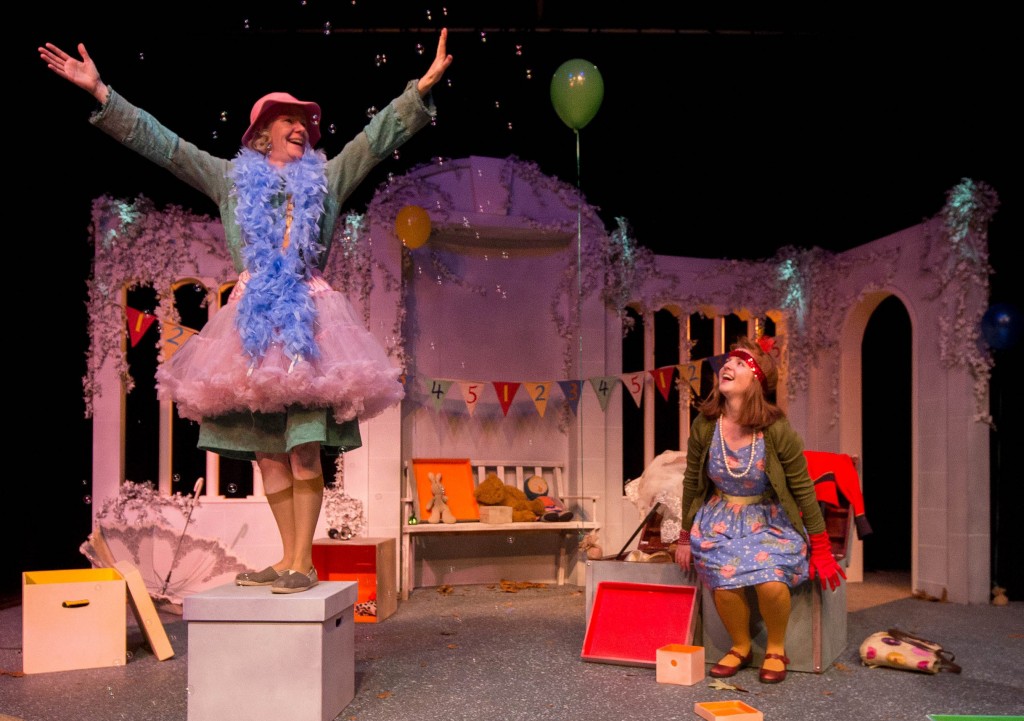 With generous support from Culture Ireland the delightful Monday’s Child tours with the UK’s house touring network in February & March.

Monday’s Child tells a simple poetic story of the unique bond between an old woman and a little girl. Together in a dream-like garden, they sing and dance and dress up as they joyously explore a treasure trove of memories.

The play was developed with input from neuroscientists at the University of Sussex, and the Alzheimer’s Society UK. Writer Brendan Murray says, “it came from a director whose mother-in-law has Alzheimer’s and she was interested in the relationship between her mother and her children. So we started to look at the idea of memory and the relationship between different generations.”

The play was selected as one of the Guardian’s Theatre Top Ten of 2014. Barnstorm’s production premiered in Ireland in 2014, toured in spring 2015 and 2016. This UK tour is presented by house.

“A trip to Monday’s Child is worth every second of the performance. Some gorgeous theatre for young and old.” – KCLRfm Arts Show


“…Another gem from Barnstorm! Magical was the word I heard most after the play; from children and adults alike.” – Principal M Kelly, Presentation Primary, Kilkenny

“I’ve never seen anything so moving and so, so beautiful. Definitely one of the best pieces of theatre I have ever seen.” – Claire McNeill, IRISH TV Presenter