“The Bus seeks to stimulate discussion rather than teach lessons. It succesed admirably, and is well produced with good acting, an excellent design of a bus interior and clued-in direction” – The Irish Times, February 12th, 2002 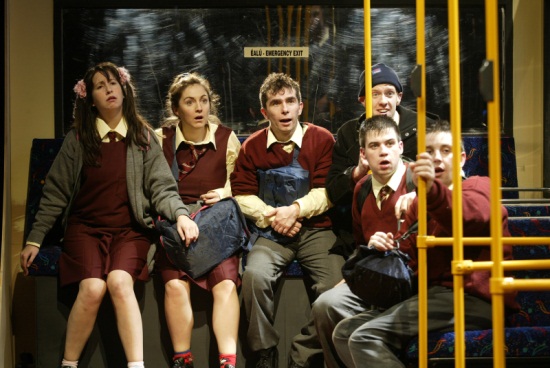 The social world of a child is a minefield of shifting allegiances, uncertain loyalties, sudden hostilities, unspoken rules, pranks and casual cruelties. Fitting in is a challenge, especially when you’re just ten years old and starting at a new school.

The Bus follows the progress of the new boy as he familiarises himself with the politics of the school bus and learns for himself the rules for survival – and acceptance.

This is an ensemble piece with seven actors playing multiple roles. The production zings with explosive energy and breathtaking physical hi-jinks. As always with Barnstorm, while the play specifically reflects the child’s world, its universal theme makes it relevant to all ages.