“You will be hard pressed to find a more energised and boisterously funny show for children this year.” – The Irish Times, February 29th, 2008 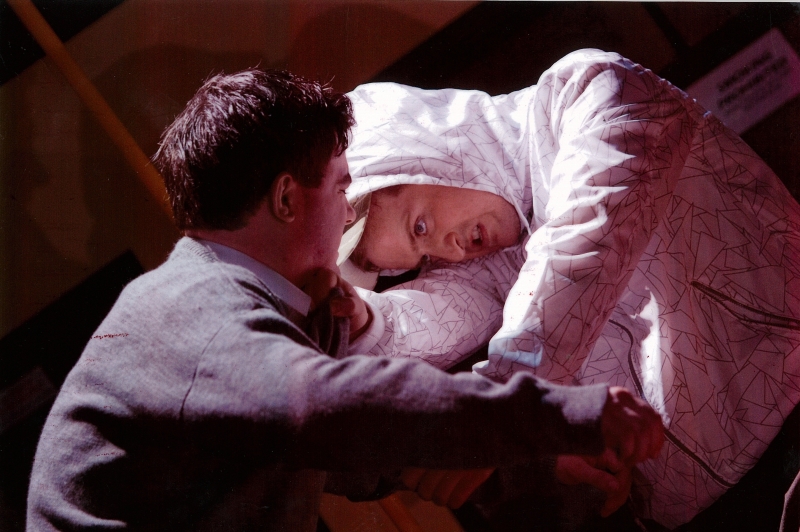 The social world of a child is a minefield of shifting allegiances, uncertain loyalties, sudden hostilities, unspoken rules, pranks and casual cruelties. Fitting in is a challenge, especially when you’re just ten years old and starting at a new school.

The Bus follows the progress of the new boy as he familiarises himself with the politics of the school bus and learns for himself the rules for survival – and acceptance.

This is an ensemble piece with seven actors playing multiple roles. The production zings with explosive energy and breathtaking physical hijinks. As always with Barnstorm, while the play specifically reflects the child’s world, its universal theme makes it relevant to all ages.