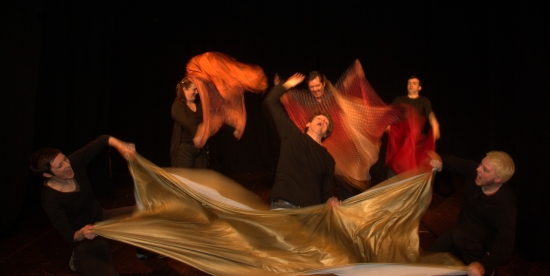 Barnstorm regularly runs professional theatre training which can be accessed by local people.

The take-up for professional training has increased significantly since the Adult Theatre Club began more than five years ago. It became clear that a regular theatre space dedicated to giving local people the opportunity to debate and create theatre, increase their theatre skills and meet new faces, was really needed in Kilkenny to serve the people of the south east.

Playback Theatre training is run by Outreach and Education officer, Anna Galligan. Playback Theatre is a form of improvisational theatre which emerged in the 1970’s from experimental theatre explorations. Playback is a collaboration between audience and performers. Someone tells a story or moment from their life, chooses actors to play the different roles, then watches as their story is immediately re-created and given artistic shape and coherence (definition from IPTN