Henry & Bucket are on the road again, and have sunny Spain in their sights. 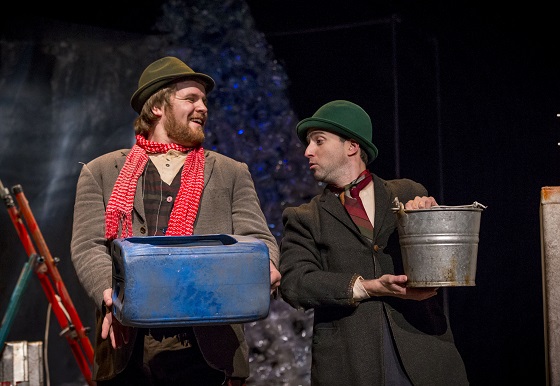 Following on from their tours in Britain, Australia, North America and of course Ireland they will now roll into Madrid and Barcelona this April

This delightful play for children aged 4 and older, looks at friendship through a day in the life of two friends who live in a bockety world of discarded objects.

How do friends reconcile when they’ve had their battles, got on each other’s nerves, and even stooped to telling lies?

Written and directed by Sarah Argent, in collaboration with Barnstorm, The Bockety World of Henry & Bucket is humorous and rich in visual antics. Through Henry and Bucket’s relationship we can examine what friendship is, what happens if it goes wrong and how you fix it. 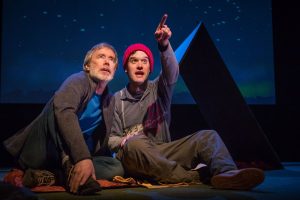 A modern-day adventure, Star Chasers sees Billy and Dad heading north with just a tent and a box full of Mam’s memories. On the way they pitch their tent, conjure Mam’s stories and quarrel as they seek journey’s end and a new beginning.

Star Chasers is a rich exploration of the relationship between a parent and child and their attempts to come to terms with the shared loss in their lives. One teacher remarked after the play that it is “a beautiful way to deal with a difficult subject.”

Star Chasers is described as a tapestry of music, movement and magical imagery. Some of the images came from Kilkenny schools who were invited to contribute paintings and drawings of three stories that feature in the play. A wonderful array of visual art from St Canice’s Mixed NS and CBS Primary School was sent to set designer Andrew Clancy, who used a selection in video projections as part of the set design.

Writer Scott Young says that “Ultimately Star Chasers is a play about family. It does not shy away from the challenges of encountering change and loss, but it really focuses on finding and celebrating what it means to be family.” 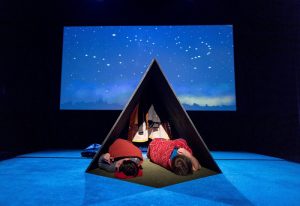 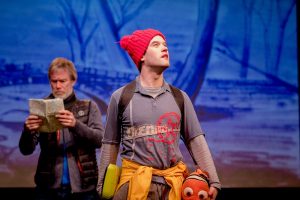 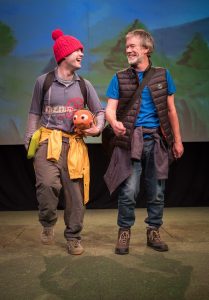 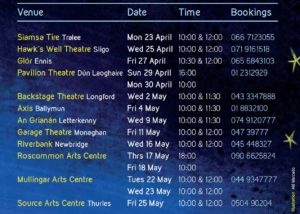 The Messenger by Mike Kenny 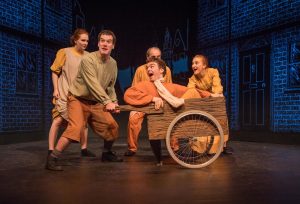 Christy ‘Bullet’ Brady is a boy with a mission. He wants to be the fastest runner in the street. When the Easter Rising kicks off, revolution is the last thing on Christy’s mind. He’s just carrying a message for his Ma. It turns out to be just the first of many messages he carries that week…

A young boy caught, along with his family and neighbours, in the chaos and tumult of war on his own streets, is drawn to the excitement, adventure and danger it brings.

Known for their dynamic and visual theatrical style, Barnstorm’s plays appeal to children and adults alike, with compelling characters and artful storytelling. This is guaranteed to be a stirring, edge-of-the-seat family show and a rollicking good story to boot!

Theatre at its most powerful!  Joe Duffy – RTE

The Messenger is a large scale production with a cast of 5 actors and a crew of 3. It utilises an innovative combination of moving projections and back-lit etching to evoke the Dublin of The Rising.

This is perhaps the only major production for children which responds to the Decade of Centenaries while at the same time, it reflects the difficulties and dilemmas facing contemporary children caught in situations of urban conflict. A digital resource package is available to assist teachers in pre & post exploration of the experience, however, this is not a history lesson.