Translations is a three-act play by Irish playwright Brian Friel, written in 1980. It is set in the townland of Baile Beag (Ballybeg), a Donegal village in 19th century agricultural Ireland.

Friel responds strongly to both political and language questions in modern-day Northern Ireland. He said that his play “should have been written in Irish” but, despite this fact, he carefully crafted the verbal action in English which makes the dynamics of the play come alive, and brings its political questions into focus. 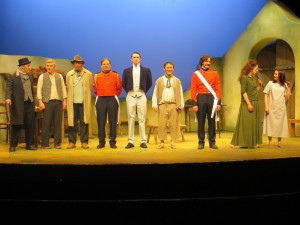 Bookings are now open at Watergate Theatre for Translations from Wed 27th April to Sat 30th April at 8pm, with a school show at on Thursday at 11:30am.