“…this is marvellous comedy, witty, clever, touching, recognisable, at times nasty, and above all real.” – Sunday Independent, August 17th, 1997 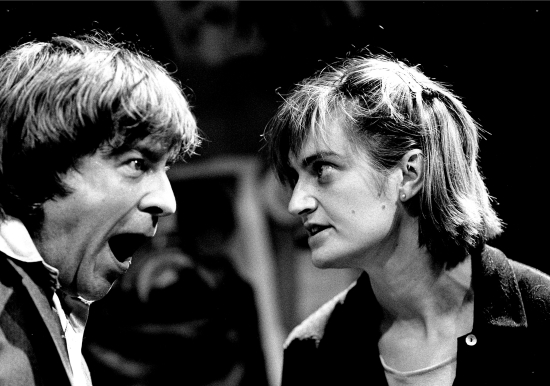 When Nuala Ryan takes a job in her local radio station, she get more than she bargained for:

First, there are the Disc Jockeys – who are not as smooth as their voices suggest – and then there is the public who don’t like outsiders rocking the rural boat.

In When Moses Met Marconi, Bernard Farrell takes an hilarious look at the chat-and-music world of commercial radio, and uses it to ruthlessly expolre some familiar pretensions in Irish society today.

A play for teenagers.